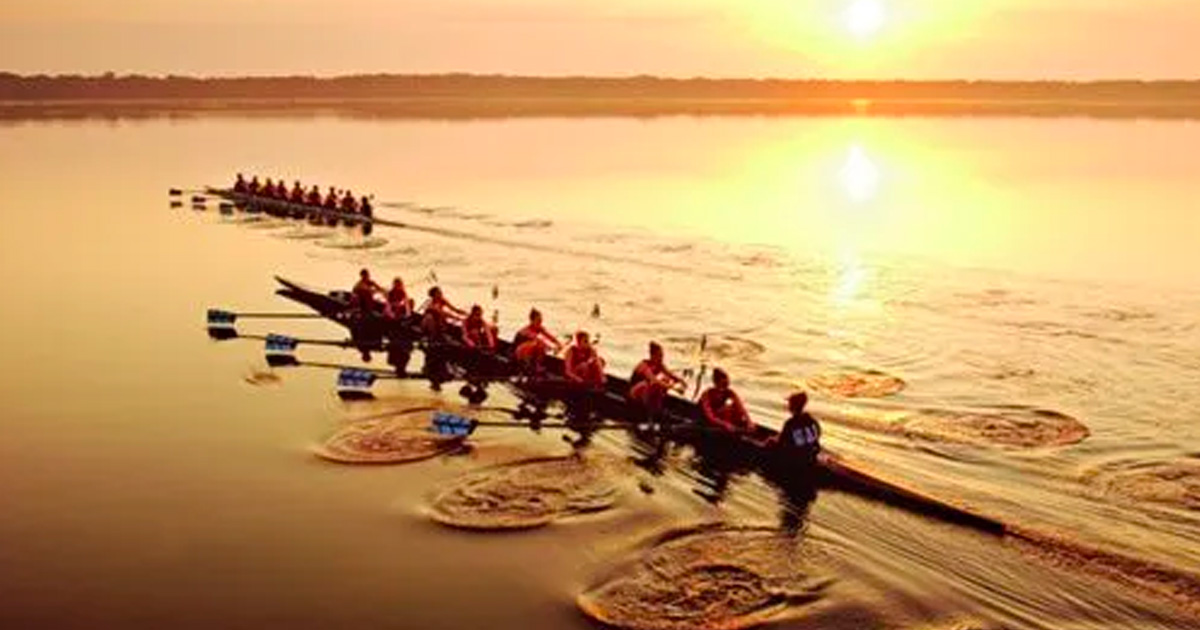 Jurgen Grobler has coached the British heavyweight men’s rowing team to gold medals at every Olympics since he came to the UK in 1991.  That covers the last seven Olympic games and spans 27 years.  Before that, he coached East Germany to bronze in 1972 and then gold medals in the following four Olympics they attended (they boycotted 1984) – 11 Olympic gold medals spanning 40 years.  That is an unparalleled record as a coach, and as I write this, his eyes are set on Tokyo 2020.  Jurgen coached our university rowing squad in 1991 and 1992, at a time when he could barely speak English.  You raised your game for him, he believed in you as an athlete, but was ruthless when he needed to be.  What can we take from this extraordinary track record into our daily lives?

1. Setting goals and having a plan.  With UK sport, Jurgen would agree the next Olympic medal target for the team immediately following the Olympics.  There was always at least one gold medal in the target.  Jurgen would go a step further and predict the time the top crew would need to row four years later to win gold.  That gold medal time became the basis for the four-year plan.  It became the benchmark to assess progress.  The daily plan was then built around the journey to reaching that time.  There is nothing clearer or simpler than creating the goal of rowing the race on Olympic final day in the Gold Medal Winning time, the trick was deciding the time four years before the final.  In the ‘7 Habits of Highly Effective People’, Steven Covey puts as the number 2 habit – Start with the end in mind.  He bases this on the principle that all things are created twice, first mentally in your mind and then physically in the world.  Without the first mental creation you are unlikely to get what you really want and need in the second real creation.

Clients often ask about what time frame to set goals around and how to set them, what areas they should cover?  I suggest some broad five-year goals, with more specific one-year goals. Setting three to seven goals gives the best chance of success, and using the SMART framework really helps (Specific, Measurable, Actionable, Realistic and Timebound).  Once you have your year goals, it is then worth splitting them up in to quarterly goals and having these to hand to refer to on a weekly basis.

Mike Wilson was co-founder of St James Place, a FTSE 100 wealth management business.  He sadly passed away recently, but left a wonderful book called ‘How to be Chief Executive of Your Own Life’.  He would review his goals each week, and write a list titled. “A good week for Mike Wilson would be…”  He then reviewed the list on a daily basis and had a longer review at the end of the week.

2. Measuring where you are against the plan.  In the summer months, when the crew was honing its racing speed, there would occasionally be flat out timed efforts over the race distance.  This would then give a percentage of the Gold Medal time.  With the aim being at 100% on finals day the progress towards that was a crucial indicator of how well the plan was going.

There is a saying in business that you manage what you measure.  Really what this means is that we influence and change what we choose to focus on.  Companies spend a lot of time figuring out what their Key Performance Indicators (KPIs) are, and then reporting against these KPIs.  What would your personal KPIs be?  These are measures that you can look at that help you gauge where you are against your own personal plan, your own version of success.  They might include health measures, financial measures, impact measures, family time measures, giving back measures, any number of possible areas that you choose to focus on.  This unique personal ‘dashboard’ would ideally tie into your goals, and give you a regular opportunity to assess where you are against your plan.

3.  Reviewing your performance. Whilst KPIs might be useful for understanding if you are on track or not, they do not always shine a light on what you could be doing differently.  In his book, ‘Will it Make the Boat Go Faster’, Ben Hunt Davis argues for a daily reflection of performance.  Ben won gold in the 2000 men’s rowing eight at the Sydney Olympics, having come 6th and 8th in the previous two Olympics.  They turned their prospects around by asking the question after every outing – how did we perform today? and what can we do to make the boat go faster?  He argues that by focusing on performance then the results then the results will take care of themselves.  A proper performance review though requires as Ben describes it “proper bullshit filters”.  In a team environment, it takes great honesty and mutual respect, alongside an agreed set of behaviours.

From a different perspective the Dalia Lama in his book, ‘The Book of Joy’, talks about a morning and evening routine that ensures the best from the day.  The morning starts with some deep breaths and then focusing on what your heart’s desire is, and then turning this into an intention for the day.  The evening reflection is a review of that intention, feeling gratitude and rejoicing in a highlight.  What a lovely performance review!

In the words’ of Mike Wilson; “What does a good week look like for you this week?”